What do you drink when your thirsty? Obviously water is always a good idea, but if you’re looking for healthier options when choosing a beverage to consume besides water, I’ve got you covered. This also includes alcohol, coffee and tea! Cheers! 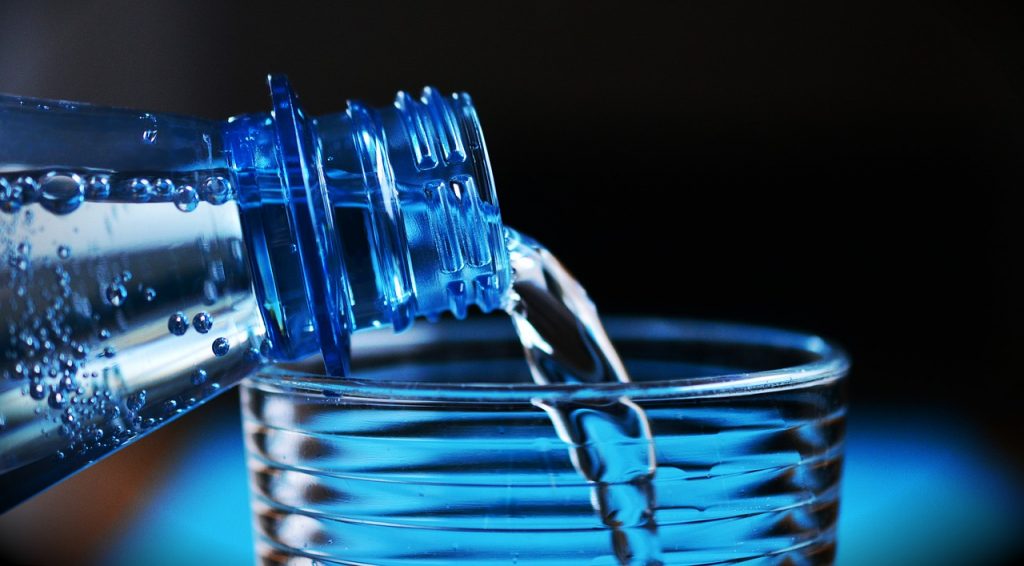 Although this is a no brainer, I have to begin this post speaking about water because MANY people don’t actually know the incredible health benefits of drinking water. Drinking water boosts your immune system, promotes weight loss by flushing out toxins, aids in digestion, prevents muscle cramps, moisturizes skin and SO much more! On a daily basis, you should drink half your body weight in ounces of water. If you weigh 150 pounds, that means 75 ounces of water (about 6 bottles of water) should be consumed daily, which DOES NOT include physical activity. If you’re active that day, it should be even more!

Everyone knows that drinking soda is bad, but there is a crazy amount of recent research that has been produced explaining just how bad it really is! People who drank 1-2 sodas daily, had a 26% increased risk of developing type 2 diabetes compared to those who rarely had such drinks. Drinking soda also increases your risk of developing heart disease, asthma, COPD, osteoporosis, and kidney stones. Not to mention that the acidity erodes your teeth! Note: diet soda and calorie free sodas are even worse, as they’re made with more chemicals than the original, so, if you’re planning to drink soda, then just go with the standard soda and avoid these marketed ‘healthier’ versions.

Drink Black Coffee NOT A Cappuccino 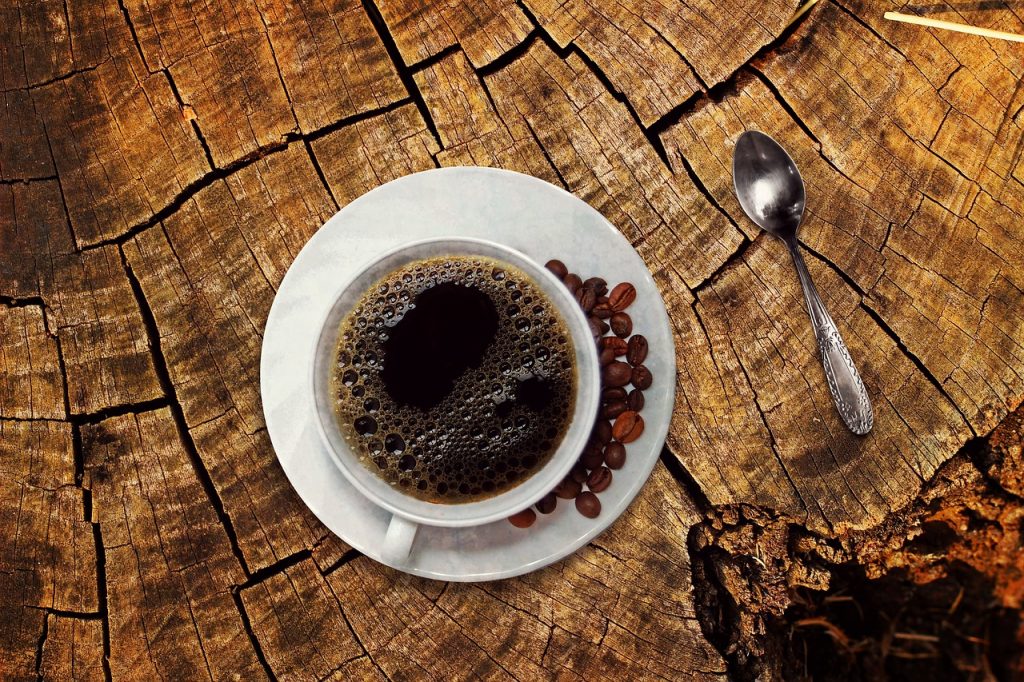 Coffee! Nearly 83% of Americans drink coffee daily and you can bet that i’s not just a black cup of Joe. Odds are, you’re running to Starbucks on your lunch break to grab that mid-day cappuccino or latte. Why is this a problem? Because these Starbucks drinks contain SO much sugar and calories. Just one cappuccino contains 10 grams of sugar, with some of their other menu items (the frappuccino) containing 68 grams of sugar! That is the same as eating 6 Krispy Kreme donuts packed into one coffee! Opt for black coffee with almond milk, coconut oil and a dash of cinnamon for a much healthier alternative. 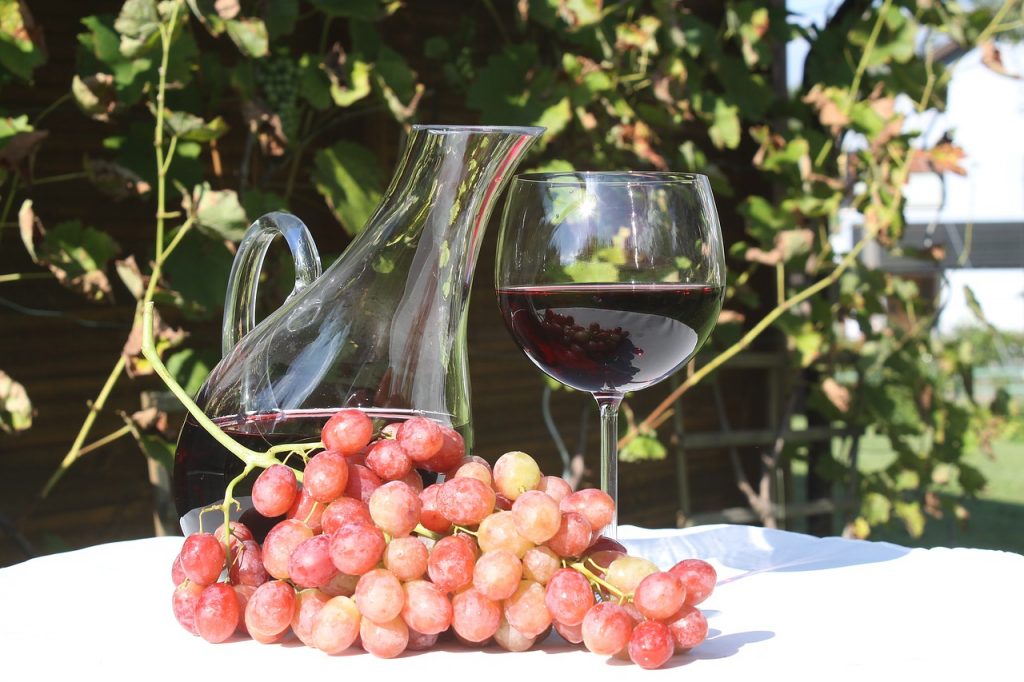 While drinking rose is still better than drinking white wine because it contains a higher amount of resveratrol, it contains a lot more sugar. A glass of Rose can average around  twice as much calories from sugar as red wine. Red wine also contains around 130-200 calories per glass, with rose and other desert wines racking up as many as 200-300 calories.

Red wine, when consumed in moderation has been associated with reducing the risk for cardiovascular disease. Another great benefit is that red wine contains resveratrol, which is a powerful antioxidant. Research shows that this helps fight against inflammation, diabetes, infection, Alzheimer’s disease and cancer.

Drink Tequila Or Vodka NOT Rum 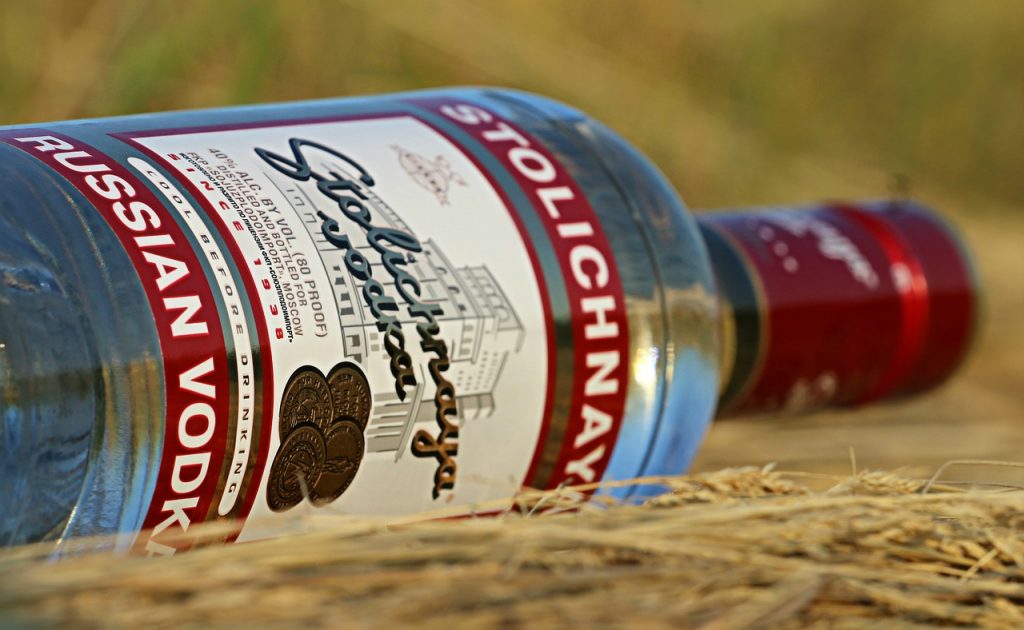 If you’re going to drink liquor, be sure to aim more for vodka, tequila or gin, as these clear liquors are easiest on the body. When drinking liquor, it is best to avoid mixers altogether. They contains extra calories and carbs that just aren’t necessary. As previously stated above: soda contains artificial ingredients and high contents of sugar. So, you’re better off having that glass of liquor on the rocks. Even adding in pineapple juice to your favorite liquor will add 130 extra calories and 32 grams of carbs. 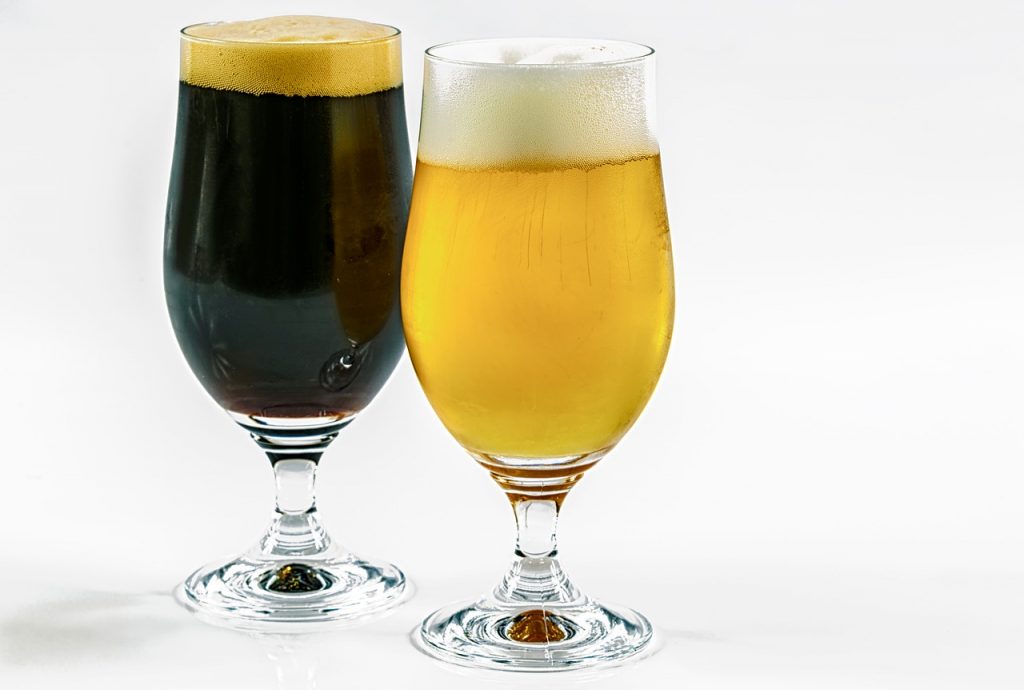 If you’re going to drink beer, grab a Guiness. Why? Because Guinness actually contains fewer calories, antioxidants, and even iron! Yes, it actually contains nutrients! The downside is that Guiness is heavy, so you’re best off just having one.

Everyone knows that beer is bad for your waistline and it all starts with the main ingredient: wheat. Excess wheat leads to bloating and digestive issues, especially if you’re intolerant to wheat. Beer contains far more calories than wine and liquor. Although light beers are better than regular ones, most people use this ‘light’ excuse to consume more, which defeats the entire purpose.

Drink Liquor on the Rocks NOT a Cocktail 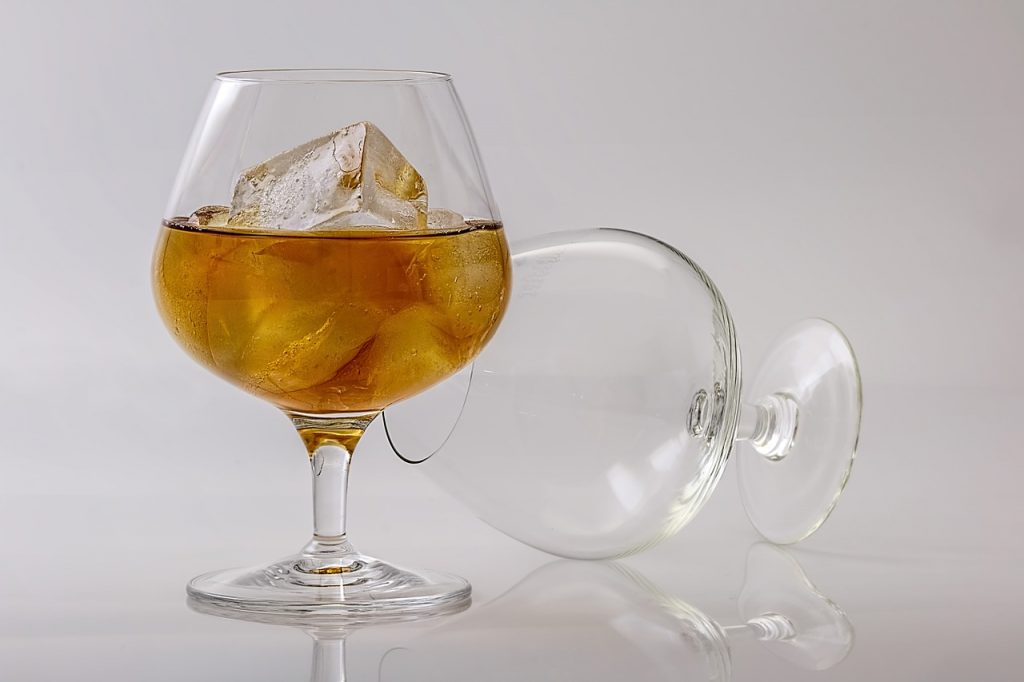 What’s wrong with having a cocktail? The problem with cocktails is the abundance of calories and sugar that they contain, like an absolutely ridiculous amount. A Long Island ice tea contains 780 calories! That’s as many calories as a McDonald’s Big Mac and medium fry! If you’re going to drink cocktails, make them at home with muddled fruit, mint and vodka or tomato juice. Avoid all the excess sugar! Homemade sangria is also a great option! 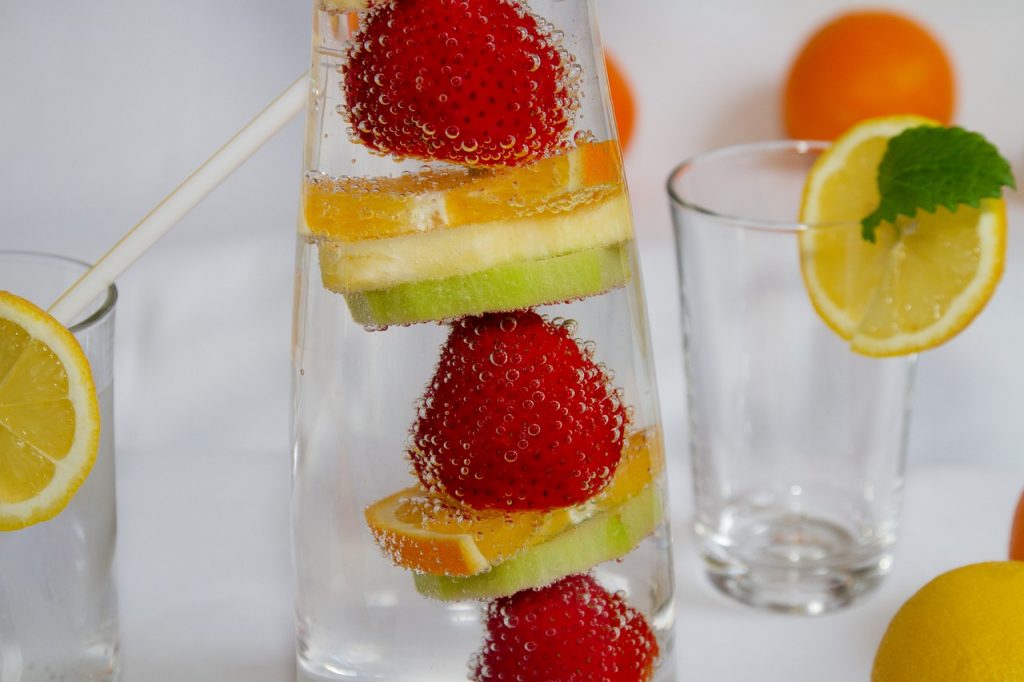 Processed fruit juice is one of the MOST unhealthy beverages that most people think is good for them. If you have a juicer at home and are making a fruit/veggie juice combo, then that is more than ok. It’s the store bought fruit juices that do the damage, packing in as much sugar as a can of Coca-Cola! Swap the fruit juice and have fruit infused water instead!

I’ve heard it time and again from my patients, ‘Dr. Nichole, I don’t like the taste of water so I don’t drink it.’ While I can understand this excuse, it’s totally unacceptable! It is SO easy to add some flavor to your water with REAL fruit (please avoid all those additives they’re making now to add to water like Crystal Light and Mio).

Dice up lemons, limes, strawberries, mint, blueberries and throw them in a glass or bottle of water…you name it! You can always get your ideas from Pinterest. We were gifted the Fruit Infusion Flavor Pitcher

years ago and it is still one of our favorite kitchen items. This pitcher makes it so easy to have flavored water at home. 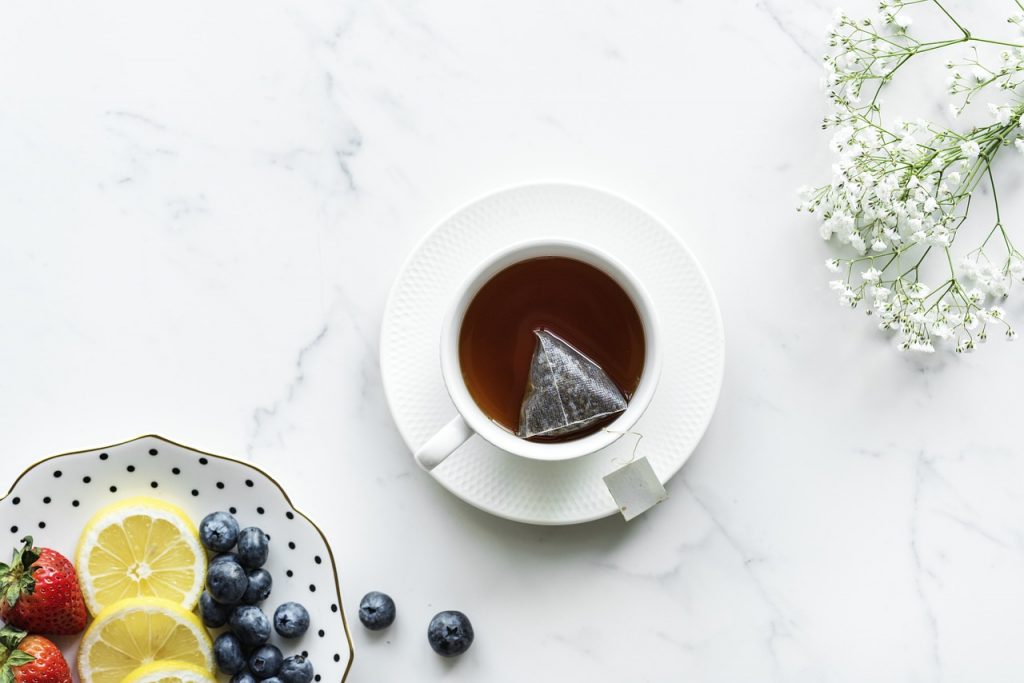 After living in Asia and Europe, we totally fell in love with tea! There are SO many different types of teas that offer such incredible health benefits. I am NOT talking about sweet tea, which offers an abundance of sugar and artificial flavors. I’m referring to good-old-fashioned tea with a tea bag and hot water. If you’re looking for something low in caffeine, try Green Tea, which has been proven to boost metabolism, fight the aging process and prevent a whole plethora of health complications like cancer,  hearth disease and diabetes. If you’re looking for a caffeine kick, try black tea. Do you like your tea sweet? Try adding lemon and a teaspoon of natural honey instead of sugar! 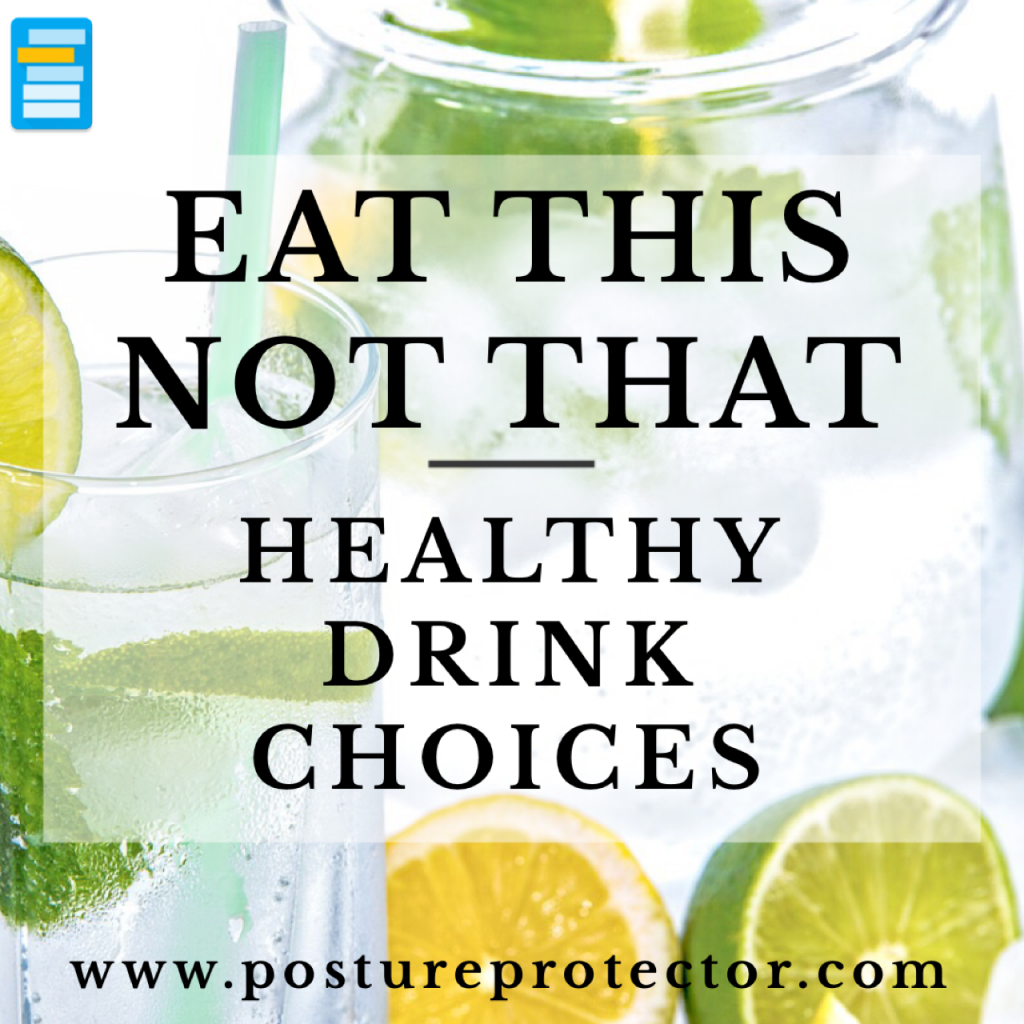 Want more information about something else? We’re always open to suggestions!

Thanks so much for reading! Here’s to better posture and better health! 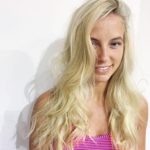